Serbia’s national team coach Slavoljub Muslin has claimed that Newcastle United forwardAleksandar Mitrovic appears to be happier while playing with the national team and other than under Rafa Benitez. 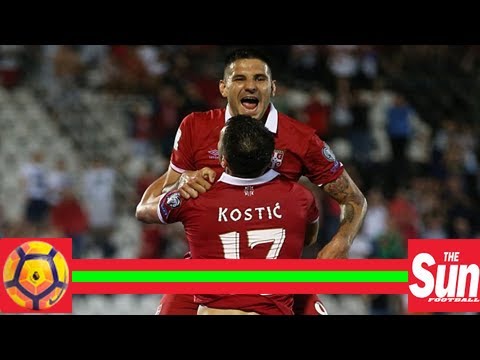 The Serbian was one of the big signings for Newcastle when he made the € 21 million switch from Anderlecht in the summer of 2015. However, he has been unable to make much of an impact at the club. In his first season at Newcastle, he came up with a return of nine goals in 34 league appearances and ended up saying the club getting relegated to the Championship.

He was expected to score more number of goals in the Championship due to the lower quality of opposition but this was not the case as he only came in with four goals from 25 appearances. It was clear that he had lost his first-team spot at Newcastle, as he featured in only 11 matches from the start. Rafa Benitez was not happy with the signing and it was starting to makeMitrovic’s life difficult at the club. Prior to coming to Newcastle,Mitrovic had scored 36 goals in two seasons withAnderlecht.

Even with the national team, he has been a major impact after scoring six goals in the seven World Cup 2018 qualification matches.Muslin says that Rafa Benitez has not handled the striker in a proper way.

“Maybe the system we play with three attackers suits him (Mitrovic) better.Perhaps the coach in Newcastle doesn’t have as much confidence in him as I do.He is our first choice centre forward.Perhaps he feels more comfortable playing for the national team than he does for his own club,” said the Serbia manager. It is difficult to argue the impact of Mitrovic at the national team, as he has scored in the recent qualifying match against Moldova too.