World Cup 2022 participants Serbia have lost grounds on Group B4 leaders Norway in the UEFA Nations League after they lost a two-goal lead to settle for a 2-2 draw with home team Slovenia during the fourth round of matches in the group. Sweden are the other team in the group. 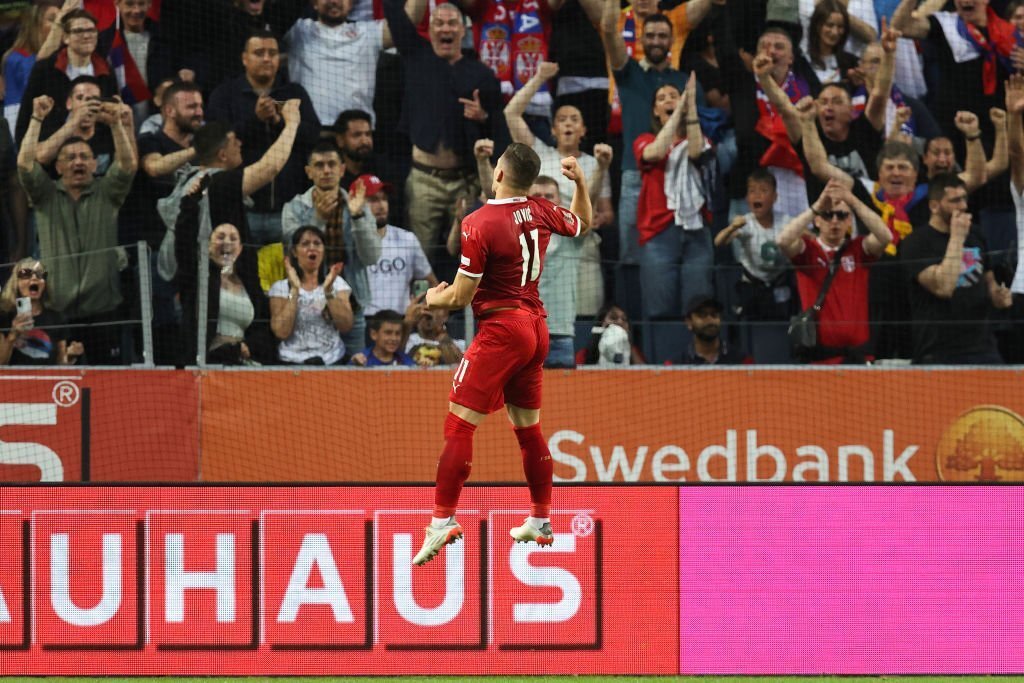 The Serbians raced into a two-goal lead in the first half of the game against bottom team Slovenia at the Stozice Stadium in Ljubjana. AndrijaZivkovicsvored the opener goal for Serbia in the eighth minute before Fulham striker AleksandarMitrovicdoubled the lead for his second goal in the current UEFA Nations League campaign. The goal from Mitrovic ensured that Serbia went into the break with a comfortable lead. The Slovenians were handed a massive lifeline three minutes after the break when Adam GnezdaCerin pulled a goal back before Benjamin Sesko scored the equaliser five minutes later. The two teams failed to score afterwards as they settled for a share of the spoils.

Serbia came into the Slovenia game with seven points from three games and a one-point deficit off leaders Norway, but the deficit has been stretched tothree points after they failed to beat Slovenia from a strong position, while Norway beat Sweden 3-2 at home buoyed by two goals from new Manchester City striker ErlingHaalandthus taking his overall tally to five goals in the current Nations League campaign. Real Sociedad star Alexander Sorloth also scored for the Norwegians, while Emil Forsberg and substitute Viktor Gyokeres found the back of the net for Sweden.

The Serbians have a deficit of three points to make up if they want to secure League A promotion ahead of Norway with two games left to play for the two teams. The Norwegians need four points from games against Slovenia (away) and Serbia (home) to seal promotion.