Partizan have started the playoffs on a brilliant note with a 3-1 victory over CrvenaZvezda in Serbia. 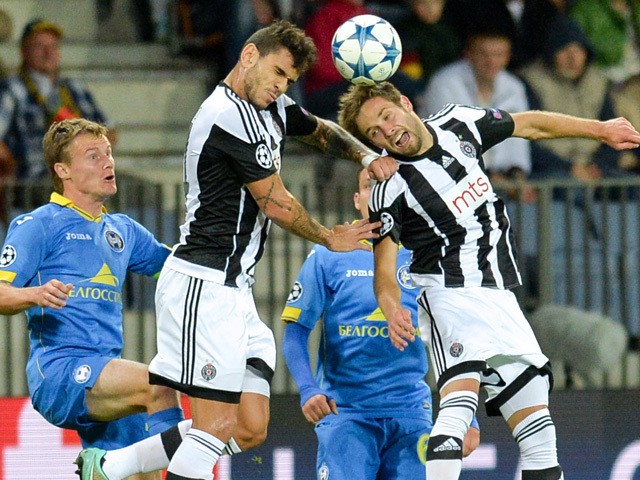 Both sides met on Tuesday where Partizan shocked the leaders of the Serbian football SuperLiga. There were the runners up and a strong contender but many seemed to favour their opponents.

Partizan took the lead in the 21st minute as Leonardo da Silva Souza was on target. The game continued in that manner until their ‘eternal rival’ equalized in the 48th minute through a partnership of John Jairo Ruiz and Richmond Boakye.

The game slowed down compared to the explosive start. It was until Leandro Tawamba broke through the wall of the Red Star to get the second for Partizan that the game warmed up again. Leonardo got his brace in the 79th minute when he scored from a fast counter attack. PetarDjurickovic got an assist as they made it 3-1.

The victory see both sides settle for 40 points each but with Red Star ahead due to a superior goal difference. There are still six games left this term and many things can still happen.

A happy Leonardo asked that the team remain steadfast.

“If players continue to play in this way and act like this, I think the trophy is near,” he said.

Red Star would be disappointed to have lost their three points advantage as the season nears its end. The result also opens the race. The game was not all smooth as fire brigade had to stop fans that set their chairs on fire. Special forces even had to intervene as fights between the fans erupted.